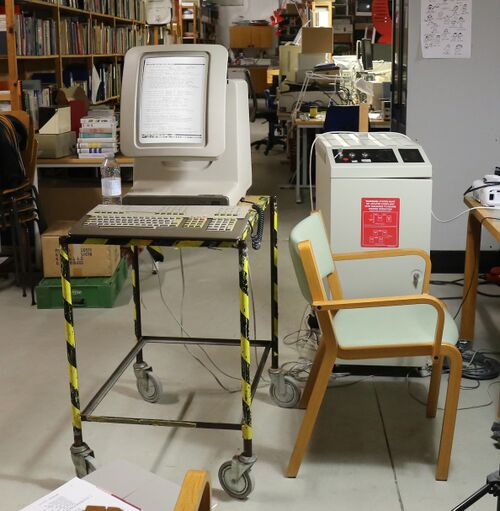 The Rational R1000/s400 is the final and smallest member of the worlds probably first only and last "Ada-only" Computer.

Rational set out to build an integrated development environment, and found out that contemporary (early 1980ies) computers could simply not execute it fast enough, to make it attractive in the marketplace, so they built their own computer to execute Ada and the Environment, and only that.

The R1000, which is functionally unchanged through the four series, is a stack based architecture inspired in part by the Burroughs 6700, but focused entirely on the data model and tasking model of Ada, so that for instance the notoriously difficult to implement Ada Rendez-Vous mechanism executes in a single instruction.

Terma, a danish aerospace manufacturer, donated their last Rational R1000 s400 computer to us in 2009, including its original shipping crate in nearly spotless condition, along with 1.5 meter of manuals, and blank disk drives, but no software at all, because its classified past required it to be "sterilized".

Software, and another machine and various spare parts, were donated to us in 2019 by Pierre-Alain Muller, presently Vice-President of Université Haute Alsace, but previously responsible for Rationals European support organization.

Log book of our activities with the R1000 computer

The tapes we have borrowed from Pierre-Alain-Muller

Technical and other obscure information